The fifth annual From the Barrel took place over this past weekend at the beautiful Santa Margarita Ranch. This sold out event was the most unique beer event I have had the pleasure of attending. Couldn’t have asked for better weather or a more picture perfect venue to hold this 1920’s inspired night. All of the unique spirits, ports, and beers were barrel aged to truly make a most memorable night.

Also in attendance were some amazing distilleries, wineries, and restaurants, being a Beer Zombie I’ll focus on the beers!

The beers on hand seemed to be equally divided into barrel aged stouts and sours.

Overall favorite sour being poured was from:

Talking with brand manager Nicole Marquez I came to find out this sour was brewed especially for the event. Even poured out of a labeless bottle, this sour was absolutely amazing. I highly recommend searching this out and trying it if you get a chance.

Overall favorite stout being poured was from:

Even though I have had this multiple times, it was the first time having it on draft. It’s an almost perfect example of a ba stout. Plenty of rich, chewy roasted malts, charred oak and bourbon-like vanilla fill the palate and create a seamless finish. If you haven’t had this do yourself a favor and make it happen.

From The Barrel went on until 10pm with plenty of libations flowing and dancing. Music provided by Ventucky String Band http://ventuckystringband.com , overall a very unique way to taste some amazing barrel aged beverages, food and indulge in 1920’s inspired music and fashion. I suggest buying tickets early next year and joining in on the fun, I know I’m already counting down the days until the sixth annual! 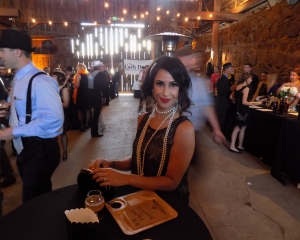 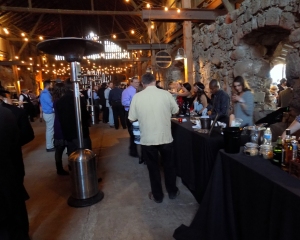 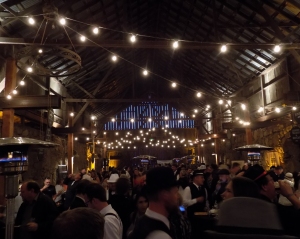